Paloma Mami is a calmly expressive bilingual singer and songwriter who specializes in pop-leaning hybrids of contemporary R&B, trap, and reggaeton. She gradually emerged throughout 2018, the year she competed on television in Chile and released her first two singles, including "No Te Enamores," her major-label debut for the Latin division of Sony Music.

Originally from Manhattan, Paloma Mami (born Paloma Rocío Castillo Astorga) started playing piano as a youngster and became more deeply involved with music in her mid-teens, after she moved to her parents' native Chile. 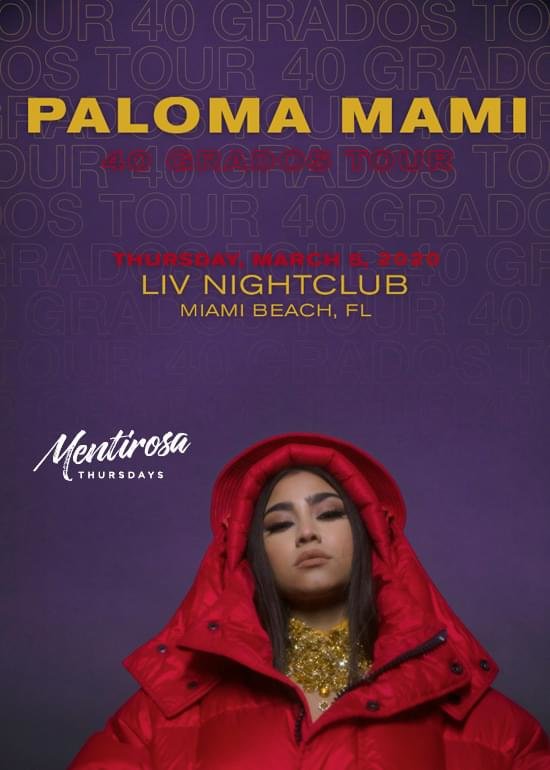 Paloma competed in 2018 on the reality-television competition series Rojo, but she opted to leave the program due to artistic and contractual conditions she felt were restrictive. Within four months of debuting that June with the self-released "Not Steady" -- a bilingual hybrid of pop, contemporary R&B, trap, and reggaeton recorded with producer Lesz -- she signed with Sony Music Latin.

Near the end of the year, Paloma made her major-label debut with "No Te Enamores," a more reggaeton-oriented single produced by Mambo Kingz and DJ Luian.