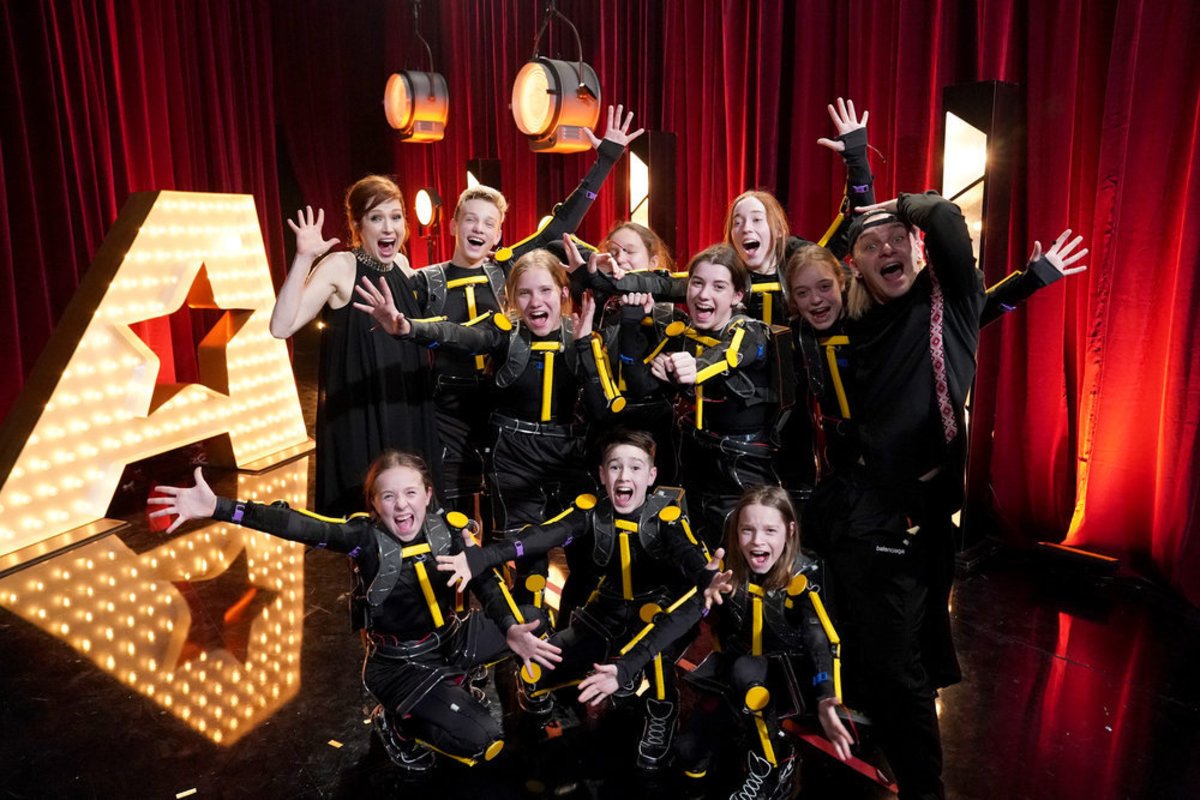 “America’s Got Talent” is back, this time reuniting the best of the best for its “All Stars” season. Winners, finalists, fan favorites and others from across the franchise step onto the stage once more to showcase their talent and compete for the title.

As you can imagine, the bar is set pretty high. On Monday’s premiere, Jan 2, one hopeful act truly shined—not only with another Golden Buzzer winning performance, but their incredible display of resilience.

Light Balance Kids, a dance group from Ukraine made up of mostly kids, earned their first Golden Buzzer back in 2019 after wowing judges with their robot themed light-up routine. Since that victory, their home country has been in the throes of war. One member even noted that some had to travel to the show alone. "Some of our parents, like my father, are still in the war in Ukraine. He's fighting for our country for independence and freedom,” she explained.

She went on to share that she’s been woken up at 4 a.m. so that her family could flee to an underground station, overwhelmed by the sounds of “bombs and rockets everywhere.” Needless to say, no child should ever have to experience that.

Another dancer added that after not dancing together since 2019, returning to AGT is an “opportunity to remember what it’s like to have peaceful times.”

She concluded with yet another powerful statement before the group began: “We want to show the world that light always wins.”

The group proceeded to do just that—performing a stunning video-game inspired number that earned a standing ovation from the audience.

The impressive spectacle was dubbed by judge Simon Cowell as the crew’s best. "If anything defines an All-Star, it was that performance, really,” he said, adding that their touching story on top of such talent made it all the more “poignant.”

Howie Mandel seconded, saying, "There's such an amazing message here. Where you come from, at this point it's arguably the darkest place in the world, and you come across the globe to bring us light.”

Then he hit that coveted Golden Buzzer button, and joined them on stage as the confetti dropped, telling the group they're his “favorite act ever!"

With a show like this, seeing astonishing talent is inevitable. But what makes it even more worthwhile is witnessing remarkable displays of humanity. It takes courage and strength to choose hope when surrounded by darkness. These kids have that in spades, along with some super cool dance moves.